If you still have problems, please let us know, by sending an email to support@website.com . Thank you!

In 2014, an April Fools video went viral, racking up 18 million views in wildfire fashion. The video was a prank mashup of Google Maps and Pokemon, and its popularity subsequently inspired the creation of the Pokemon-Go app, launched by Niantic Inc. in 2016.

For many of us, Pokemon-Go was our first brush with Augmented Reality (AR), but it wouldn’t be the last. The overall VR/AR industry is estimated to exceed $500 billion by 2025.  In addition to mobile commerce, both hardware and software sales – mostly VR headsets and games – will drive the initial phases of growth.

Over the longer term, however, the potential applications are boundless. Can you tell where reality ended, and where the virtual world began?

Virtual Reality allows you to

Bid adieu to all your wishful thinking and get yourself some virtual reality goggles.

Don’t miss the chance to exhibit at the innovation luxury lifestyle exhibition in the region taking place between the 17th – 19th August 2018. Visit us for more information – amaze-london.com

Until next time,
The Amaze Expo Team

What you can read next 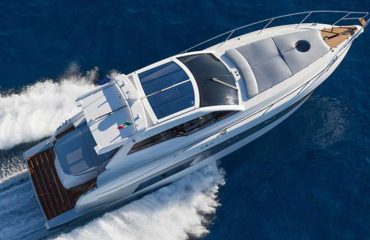 Please Fill-in All the Details, Before Submit.